By Oli Gamp For Mailonline

Chelsea defender Andreas Christensen is being targeted by AC Milan, who want to him to slot into their defence next season to bring solidity to their backline, reports in Italy claim.

The Danish centre-back came through the ranks at Stamford Bridge before making his breakthrough in 2014-15, and the Italian side have been impressed by what they have seen from the 23-year-old.

Milan are seeking a ‘reliable’ defender who can fill in alongside first choice Alessio Romagnoli at the back and see Christensen as the perfect addition, according to Calciomercato. 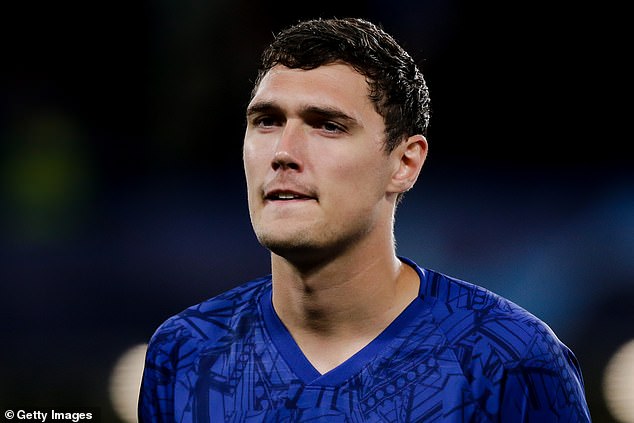 Chelsea star Andreas Christensen is being targeted by AC Milan, according to reports in Italy

The club have been on the hunt for someone who can shore things up in defence for some time and are hopeful of securing the signature of Christensen after reportedly failing in an attempt to sign him in January.

Chelsea and Milan share a good relationship, which should make negotiations much easier for the Serie A giants, but the Blues snubbed their advances for the player during the winter transfer window, the report adds. As a short term solution, they recruited Simon Kjaer on loan instead.

Football is currently suspended due to the coronavirus outbreak, but beforehand Christensen had started half of Chelsea’s league games this season, playing 15 times, with Frank Lampard trusting him in his first batch of games. 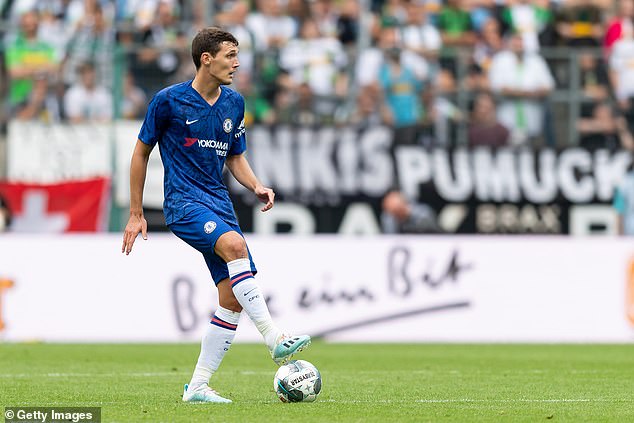 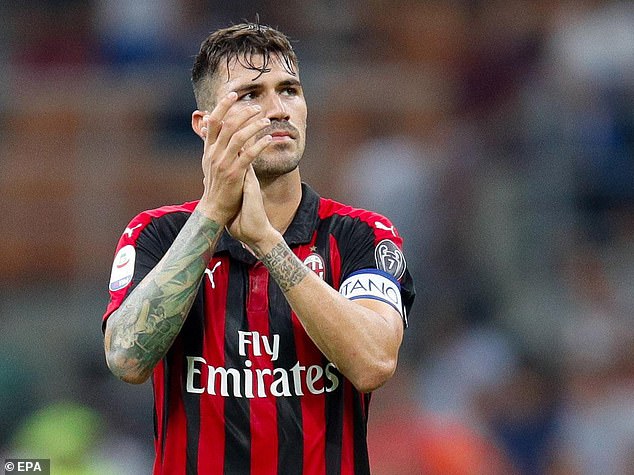 He might have had more game time had injury not ruled him out for five matches in October. Lampard has experimented with his backline this season, electing to also give chances to the likes of Fikayo Tomori and Kurt Zouma.

Should football get back underway following the virus crisis, whether or not the Dane is given game time or not will have a big bearing on his departure to Milan. The Italian outfit ‘will be there waiting’ should he sit on the bench, the report adds.

Christensen enjoyed his best season for Chelsea in 2017-18, when he played 40 times in all competitions. The previous two seasons he had been shipped out on loan to Borussia Monchengladbach, where he impressed enough to be given more chances at Stamford Bridge.

PAUL NEWMAN: Ditch the Hundred and prioritise Twenty20 Blast… How I'd restructure cricket

'He has to give more': Roberto Mancini challenges Mario Balotelli to improve and earn Italy call-up

Megan Thee Stallion says she ‘pissed’ herself after mechanical gorilla on...