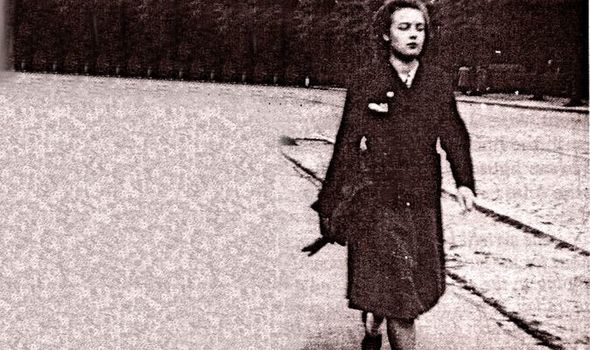 “Madame, the game is up!” the Gestapo officer snapped, revolver drawn. He dragged the screaming woman back inside, ­followed by several soldiers, his ­jackboots clipping on the kitchen’s stone floor. The interrogation began. At 11.30am, her daughter, also called Elsie, arrived home from the “Canteen” – the cover name for the headquarters of a clandestine escape line helping the Allies, ­masquerading as a soup kitchen – and walked straight into the trap.

“Your mother is dead on the kitchen floor,” shouted the officer. It was not true, but he was trying to frighten her into talking. He leant in close to her face and screamed: “Where have you been?”

She innocently replied that she had been to the market. He slapped her hard across the face with such force that she stumbled backwards. But all she could think about was how she could warn the rest of the escape network that their cover was blown. It was too late.

After more than a year of helping downed Allied airmen escape from occupied Europe, she and her parents had been betrayed. Elsie was bundled into a car and driven off for torture and detention. It was November 18, 1942, and she was just 16.

At a secret prison in Brussels, under a portrait of Luftwaffe boss Hermann Göring, the Gestapo beat Elsie with truncheons until she was covered in bruises and unable to lie on her back for weeks. She was thrown into an unlit cell in solitary confinement.

They believed she must know something because of her parents’ involvement in the escape network, but they did not suspect she was part of it. She was interrogated daily for several weeks – always in a blacked-out office with a radio blaring to hide her screams. 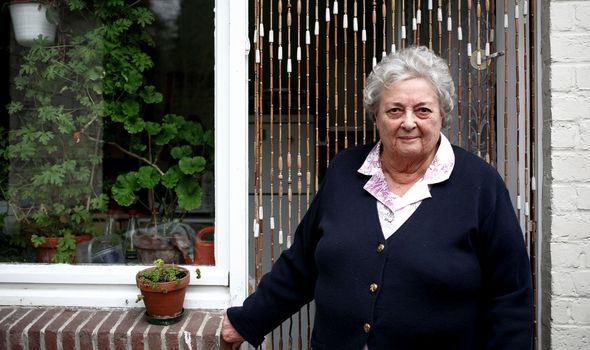 Elsie as she is today (Image: CAMERA PRESS/Clara Molden)

She stuck to her story, ­giving the same answers as they beat her repeatedly across the back – relays of Gestapo officers, often for several hours at a time until she collapsed. Even though she became extremely weak, she never betrayed a single name.

Her father Georges died in custody, but Elsie and her mother, who was English, survived three long years of cruelty and hard labour at the infamous Ravensbrück concentration camp in northern Germany where some 50,000 women perished.

Now aged 97, Elsie Maréchal is one of the last surviving members of the Comet Line, a secret escape route from Brussels, via Paris, down to the Pyrenees and Spain during the Second World War. It saved more than 800 Allied aircrew from October 1940 until the end of the war in 1945.

When I interviewed her at home in Belgium, Elsie displayed the spirit of defiance she’d shown 80 years ago. She spoke with affection of the downed British airmen her family sheltered or escorted to the next link in the network.

But she witnessed terrible things as friends and fellow Comet Line ­workers were shot or taken away for helping the Allies. Why did she do it? Why did she risk her young life?

“Trains were leaving every day from Brussels to Germany, packed with food and supplies,” she said. “Our nation was being robbed of food and coal. I saw all the Jews with yellow stars – my friends taken from my school class to Auschwitz. We thought ‘Out with the Nazis!’” 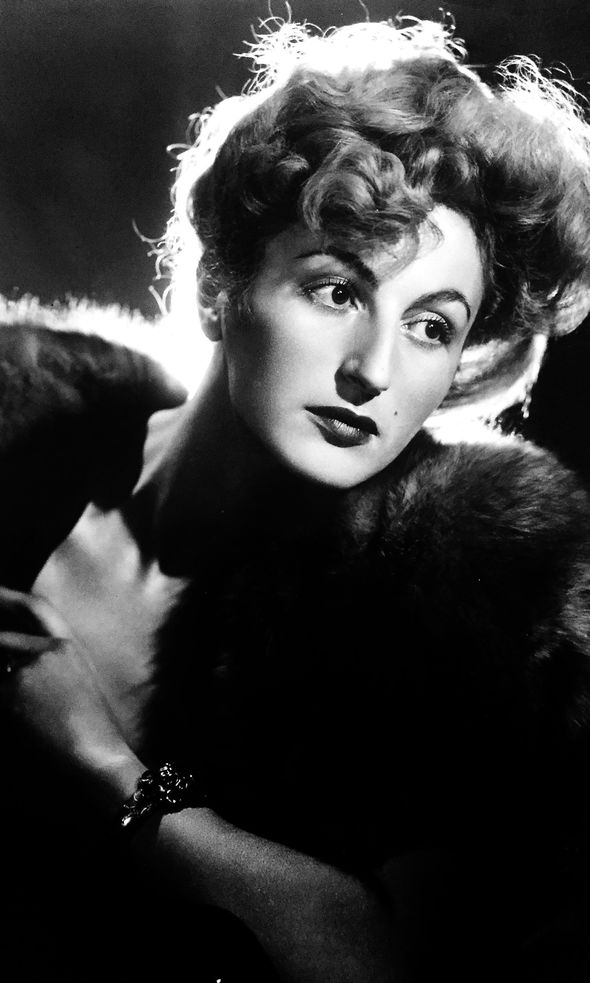 My interview with Elsie helped me understand why so many like her were ready to risk their youth, freedom and very lives for democracy.

They included Elsie’s friend, 25-year old Andrée De Jongh (known as Dedée), one of the founders and leaders of the Comet Line until she was betrayed in January 1943. She also survived, although hundreds did not. But Elsie and Dedée remained staunch, part of a hidden secret army across Western Europe that operated right under the noses of the Nazis.

They were not in uniform, they had no rank or protection, they were not even civilian spies… but they were all trusted by a mysterious branch of the British Secret Service whose name they did not know until after the war. The unknown organisation was called MI9. It was as top secret as MI5 and MI6 and had its headquarters at Wilton Park, an estate in the Buckinghamshire countryside.

It was a new branch of military ­intelligence with the responsibility of bringing British and Commonwealth airmen and soldiers out of enemy territory and helping them to escape from prisoner-of-war camps.

We already know something of MI9 – even if we don’t realise it. Exploding pens, fast cars firing weapons, poisonous hairpins, from the world of Ian Fleming’s James Bond, were not his creation but of MI9’s boffins and known as “Q gadgets”.

They were responsible for inventing and supplying the ingenious tools and spyware that were smuggled into camps like Colditz Castle in Germany. 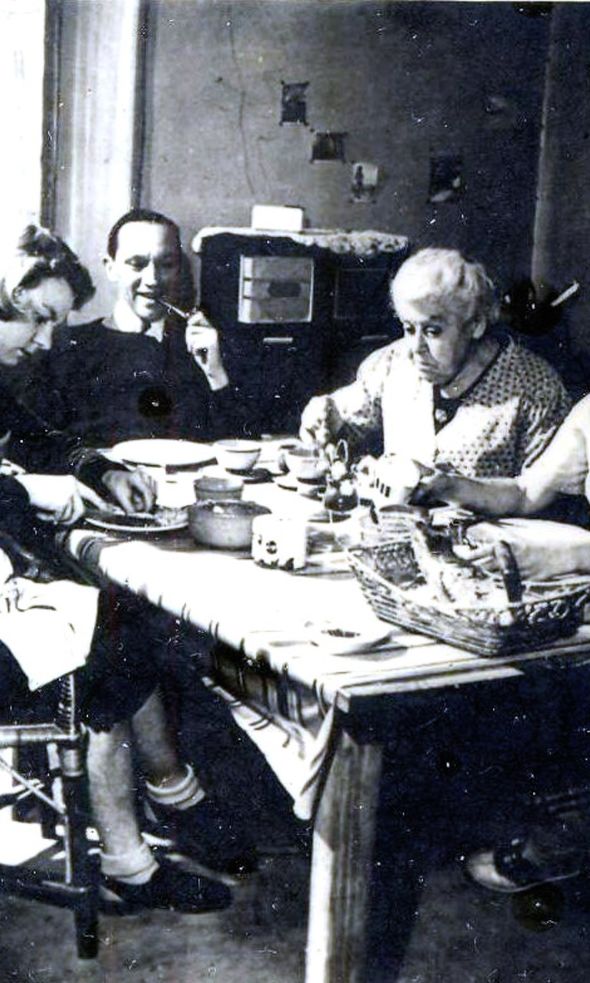 They achieved real results, too, helping assist the escape and evasion of some 35,000 airmen and soldiers. Thousands of ordinary women and men were guides, helpers and forgers for MI9. They were of all ages and from many different backgrounds.

Renata Faccincani della Torre was a shy 21-year-old Italian aristocrat with a university education. From the family home on Via Goldoni in Milan, northern Italy, she ran a clandestine station for the Allies that ­smuggled out vital intelligence and information about occupying German forces. An expert skier, she accompanied numerous Allied airmen, soldiers and spies out of Italy over treacherous mountains, on secret routes into neutral Switzerland.

“She was perfect,” recalls her daughter Vanessa Clewes today. “Her youth and innocence meant the Nazis never suspected her until towards the end of the war.”

In spite of arrest by the Gestapo in spring 1945, Renata was “broken out” of Milan prison and continued to work for the Allies.

Years later, Vanessa asked her mother: “Why did you do it?” Renata shrugged and replied: “It was the right thing to do.” Elvire de Greef and her family were among the heroes of the south of France who linked up with Dedée and the rest of the Comet Line network. The family had moved out of occupied Belgium to the Pyrenees and were instrumental in establishing that end of the escape line.

Elvire arranged the shelter of escapers and evaders in safe houses before guides escorted them over the Pyrenees into Spain. Fearless, she blackmailed German officials to avoid arrest and broke other members of the escape line out of prison. 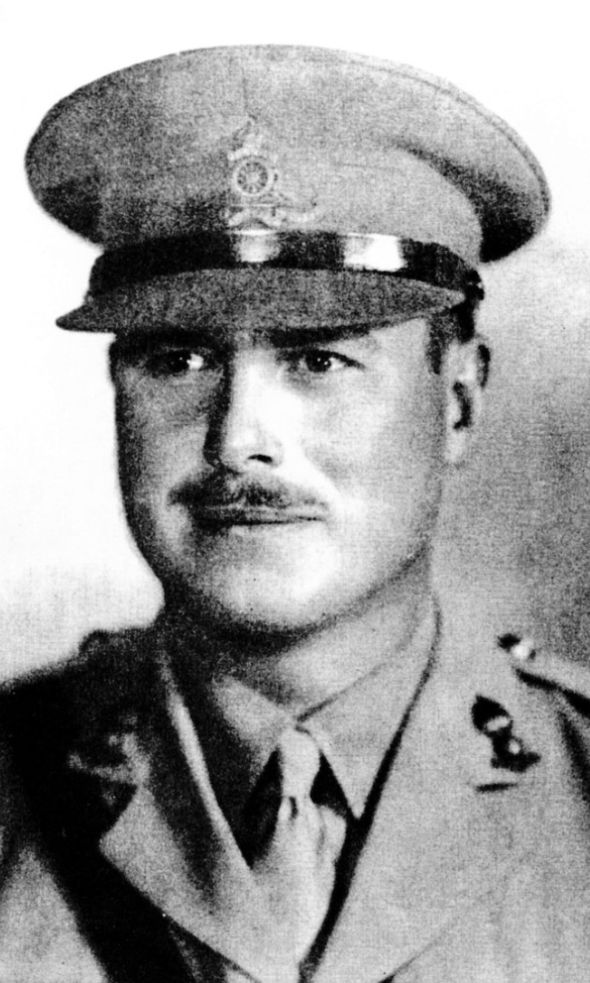 When I started out, I had no idea there were tens of thousands of declassified MI9 files. The manilla folders have spent decades stored in a dark War Office basement. I spent months at the National Archives trawling through them pulling out gems.

The challenge was how to deal with the sheer volume of information: from official facts and figures to memos, training manuals, a diary with entries for every week of the war, and over 6,000 escape reports from airmen and soldiers who made it back to Britain. I stumbled across the inspirational story of a British officer who made a ­dramatic escape as he was being transported from northern Italy to a concentration camp in Germany under heavy guard.

The train was travelling at speed when Major Samuel Ironmonger Derry of the Royal Artillery, a Military Cross holder who had been captured near El Alamein in North Africa in June 1942, asked if he could use the toilet. Inside, the window was boarded up and too small for him to fit through.

So as he stepped out of the toilet, he turned in the opposite direction and darted for the nearest door, opened it and jumped out of the train in broad daylight as the guards stood dumbstruck.

For the next few days, Derry, injured on landing, rested in a haystack then walked to a farm not far from Rome. There he found several Allied prisoners-of- war hiding in the nearby Italian hills. He smuggled himself to Rome in a farmer’s cart to make contact with the Vatican, where he was hidden with the help of an Irish Catholic priest, Monsignor Hugh O’Flaherty.

From there he started the Rome Escape Organisation to get airmen and soldiers out of Italy. Officially Derry, from Newark, Notts, was still listed as “missing in action”.

In an unexpected turn of events, MI9 began to receive help from the “neutral” Vatican which acted as a financial channel for money to help Derry’s organisation and the Allied cause. Derry and O’Flaherty set up secret communications with MI9 and went on to save more than 4,000 airmen and soldiers in Italy alone. At the end of the war, Derry, who died in Newark aged 82 in 1996, became the new head of MI9.

His daring wartime exploits could have come from a Fleming novel and, in true 007‑style, in peacetime he went on to found the Territorial SAS.

These stories – many coming to light for the first time – are from a time when democracy had been lost across most of Europe.

It has been 40 years since a history of MI9 was last written, and the files were still classified top secret then. In a sense, MI9 became the forgotten Secret Service when it was disbanded at the end of the war, far less well-known than its more famous siblings. Now I hope my new book will play a small part in a better understanding of the sheer complexity, drama, sacrifice and courage behind the success of MI9 as a major player in the Second World War.

* MI9: A History Of The Secret Service For Escape And Evasion In World War Two by Helen Fry (Yale University Press, £20) is out now. For free UK delivery, call Express Bookshop on 01872 562310 or order via expressbookshop.co.uk

macOS Big Sur isn't here yet, but Apple has released a useful update for your MacBook