Women get a smaller pension than men (Image: Getty)This means women could lose out on £108,130 when life expectancy is taken into account. This ris 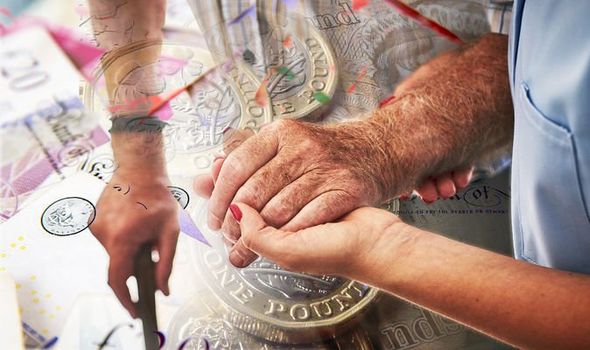 Women get a smaller pension than men (Image: Getty)

This means women could lose out on £108,130 when life expectancy is taken into account. This rises to £186,120 for women who are married or in a relationship with men anticipating that they will receive £8,460 more annually than their partners in retirement. This gender income gap is also clear among younger couples in retirement, found the Centre for Economic and Business Research commissioned by equity release lender more2life.

On average, men aged 54-64 expect to receive (or currently receive) an income £5,964 higher than their spouse or female partner when they stop working.

Single men also expect higher retirement incomes with those over the age of 55 receiving around £3,750 more a year than single women of the same age.

Given that women typically outlive men, this “gap” can have serious knock on effects as they struggle to fund a longer retirement while on a much lower income.

Diane Watson, the founder of the financial website for women She Can Prosper, said: “While the gender income gap is a well-known issue, the gender pension gap is often overlooked, and the findings highlight that there remains a clear disparity between men and women when it comes their income in later life.

“This research reveals an extremely worrying reality that women are at risk of going into retirement less financially prepared than their male counterparts.

“What’s more, the ongoing coronavirus crisis is set to exacerbate this problem for many more women over the years to come.”

Three quarters of both genders over the age of 54 rely on their state pension, but men are more likely to have private sources of income, the research found.

Nearly half (47 percent) of men say their income comes from a final salary or defined benefit workplace pension, compared to just over one in three (37 percent) women.

Furthermore, over a quarter of men (28 percent) use pension pot drawdowns to fund their retirement, compared to 19 percent of women.

Men are also more likely than women to have sole ownership of the assets that make up their wealth in retirement, such as property or shares.

This wealth gap is also highlighted by the 42 percent of males aged 54-plus in a relationship saying their wealth exceeds that of their partner, compared to just 13 percent of women.

And half of the men surveyed say they have independent pension wealth, compared to just 39 percent of the opposite sex. 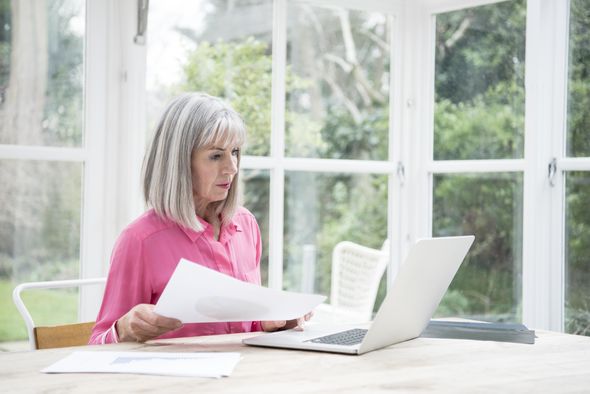 Women over the age of 54 are more likely to have cash savings (Image: Getty)

Interestingly, though, women over the age of 54 are more likely to have cash savings and property wealth independent of their spouse or partner.

However, 29 percent of women do not own property wealth at all, compared to just a quarter of men, found the survey of 1,029 people of both sexes aged 54-plus.

Dave Harris, the chief executive at more2life, said: “These findings put a price tag on gender and suggest that while women may live longer, their financial circumstances often mean that this needs to be done on a more frugal basis than their male counterparts.

“This stark difference highlights not only the need to address the root causes of financial gender inequality but the need to better support women both in the lead up to and during later life.

“Part of that is encouraging them to think carefully about how they will fund their retirement using all of their available assets including their housing wealth.”

THIS latest research confirms the ongoing disadvantage faced by women in retirement.

It’s another wake-up call for women, who comprise the overwhelming majority of pensioners in poverty.

For as long as pensions have existed, women have lost out relative to men. Historically, this was part of wider social realities, but in 21st Century Britain such problems still remain.

Of course, it is true that social norms usually see women shouldering more caring responsibilities then men, whether for children or older loved ones, which means they have fewer working years during which to pay into pensions.

When combined with ongoing gender pay inequalities, their resulting in lower lifetime earnings means they are typically able to save less than men during their working life.

However, one aspect of the gender pensions gap that is most astonishing is women losing out relative to men in National Insurance State Pensions.

Astonishingly, despite decades of campaigning for equality, women are still falling through the cracks and the State Pension gender gap will persist into the 2040s.

Many women fail to qualify for credit towards their state pension due to part-time working patterns, low income levels or failing to claim Child Benefit.

Such anomalies should be remedied straight away.

The issues with private pensions are more problematic, but nevertheless many could be removed.

Anyone with lower earnings will be at risk of lower pensions, but there are specific disadvantages that could be addressed.

For example, auto-enrolment excludes women with more than one job if earning less than £10,000 a year in each role; over a million low-paid women are unwittingly paying 25 percent more for their pensions than higher earners because their employer scheme denies them tax relief; and many divorced women lose out by not claiming half of their husband’s pensions when agreeing a settlement.

These anomalies need to be urgently ironed out.

But the size of the gender pensions gap is so significant and the prevalence of single women in retirement has risen so much, that it is vital to ensure women receive as much help as possible to plan their later life finances.

US releases BOMBSHELL China coronavirus coverup evidence – ‘could have been prevented!’

Is this the cure for sleepless nights? Scientists believe ear zapper could help banish insomnia

US releases BOMBSHELL China coronavirus coverup evidence – ‘could have been prevented!’ 0

Is this the cure for sleepless nights? Scientists believe ear zapper could help banish insomnia  0

Trump hints that PFIZER's coronavirus vaccine could be first approved 0