Pictured: British man, 55, is plucked from the sea while fully dressed on surfboard near Marbella

Pictured: The moment fully dressed British tourist is rescued after 'three days at sea' on a surfboard off of SpainThe 55-year-old was


Pictured: The moment fully dressed British tourist is rescued after ‘three days at sea’ on a surfboard off of Spain

By Gerard Couzens for MailOnline

This is the moment a British man who claims to have spent three days at sea on a surfboard after falling off a cruise ship, was plucked from the water.

Coastguards who rescued him released the picture today, showing him with a lifejacket on over a white shirt with his sleeves rolled up his arms.

A spokesman for Spanish Coastguards said in a tweet, naming the vessel the tourist was pictured alongside as it approached him to pull him from the sea: ‘Salvamar Vega yesterday rescued and took to Estepona a man discovered by a yacht 10 miles south-west of Marbella.

‘He was adrift on a surfboard. The man who was rescued said he had been at sea for three days after falling from a ship.’

The 55-year-old was picked up by the coastguard near Marbella on Monday afternoon. 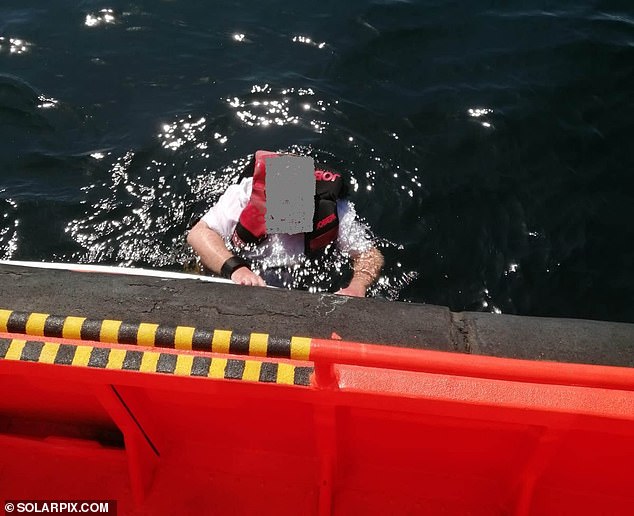 This is the moment a British man who claims to have spent three days at sea on a surfboard after falling off a cruise ship, was plucked from the water yesterday by the Spanish coastguard near Marbella 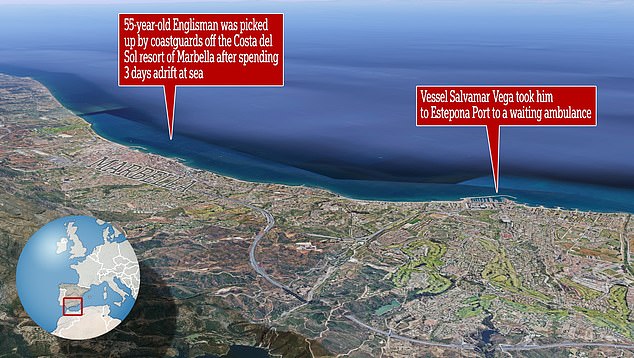 Crew members on a yacht called Estelar spotted the man and alerted rescuers.

They said he was fully dressed and claimed to have spent several days at sea after falling off a boat. It is not clear how he obtained the surfboard.

Local reports late on Monday night described the man as British and the vessel he fell from as a cruise ship – which has yet to be identified.

The man is said to have told the coastguard that the accident had happened three days earlier.

Coastguard vessel Salvamar Vega took him to Estepona Port before a waiting ambulance took him to a local health centre to be treated for hypothermia.

His exact whereabouts on Monday night were unknown.

Police – who could not be reached for comment – are expected to question him about his ordeal once he is well enough.

It is not known if the man was on holiday in Spain or is a resident there.

The rescue has fuelled a wave of speculation about how the mystery man ended up on a surfboard.

One social media user said: ‘I’m intrigued about this story, because finding a surfboard while you’re lost at sea would be even stranger than falling off a boat with the surfboard.’

Another added: ‘What’s the story, that they threw the surfboard to him when he fell instead of rescuing him?’ 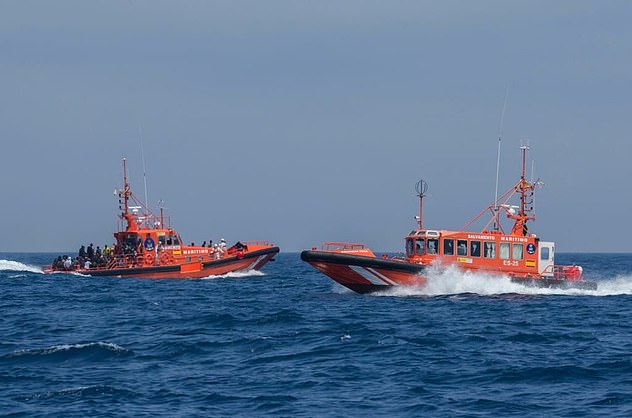 Spain was put on the UK Government’s mandatory quarantine list in July causing chaos as holidaymakers were given just five hours’ notice.

British holidaymakers looking for a summer break in the Costas now must isolate for 14 days on their return to Britain.

Last week, Spain recorded a new single-day record for Covid-19 cases since the country emerged from a three-month lockdown in mid-June.

Some 7,039 confirmed cases were reported on Thursday, prompting Spain’s chief epidemiologist to tell a press conference: ‘Don’t be confused, things are not going well.’

Loading...
Newer Post
My snakes are so charming – I could cuddle them all day! Man wraps himself in Burmese Pythons
Older Post
Wild horses face slaughter after breeding too fast: Mustangs roaming plains of America ¿endanger animals¿

Why you'll regret buying an Apple Watch at this price

Why you'll regret buying an Apple Watch at this price 0

Why you'll regret buying an Apple Watch at this price 0

Child benefit tax calculator: You may be charged with income tax – this tool will help 0