First Officer 'Red' Tobin sits in the cockpit of his Hurricane fighter plane (Image: Getty)It has been called our finest hour, but the Battle of Br 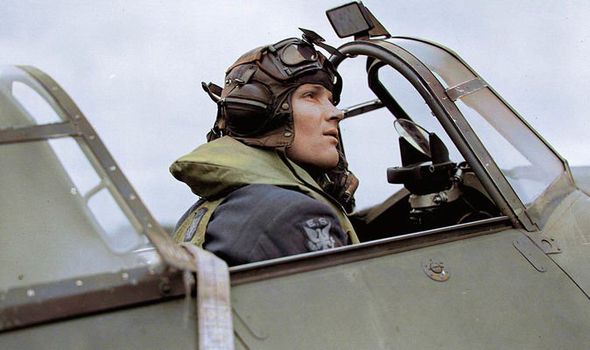 It has been called our finest hour, but the Battle of Britain also proved to be a time of honor and sacrifice for ten brave Americans who joined the fight, duelling to the death with Nazi fighters and bombers in heart-stopping arial dog fights.

They were crop-dusters, stunt pilots and barnstormers, a motley group of daredevils who all shared a desire to “fight the Hun”. Only two survived the war.

Fiske, aged 29, of Chicago, Illinois, was a larger than life character: a Cambridge ­graduate, gold medal-winning member of the US Winter Olympic bobsled team, and a race car driver who competed in the Le Mans 24-hour race, he was the first American to enlist with the RAF.

Assigned to 601 Squadron at Tangmere, Sussex – known since the ’20s as the “Millionaires’ Squadron” for its roster of wealthy aristocrats, he was also the first American to lose his life in the air battle above southern England.

After 42 missions, Fiske’s Hurricane fighter was in a dog fight when his fuel tank was hit. He managed to land his ­crippled craft in flames, but was severely burned and died the next day.

Minnesota farm boy Arthur Donahue, aged 27, joined the RAF saying: “I felt that this was America’s war as much as England’s and France’s, because America was part of the world, which Hitler and his minions were so plainly out to conquer.

“I felt drawn into the struggle like a moth to a candle.”

Part of the allure was the chance to pilot the 400mph Supermarine Spitfire, with its 12-cylinder Rolls Royce engines and eight Browning guns unleashing 160 bullets a second. 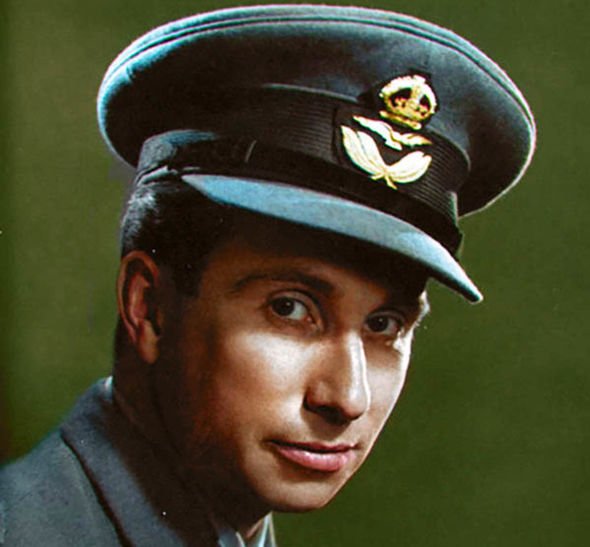 “I had never flown anything that cruised faster than 110 mph before I left the States,” said Donahue, who was assigned to 64 Squadron and went on to win the Distinguished Flying Cross.

But joining the RAF demanded more than bravery from the Yanks: they had to relinquish their homeland.

The US was initially anxious not to be drawn into WWII, and enacted legislation barring Americans from taking part in the combat, on penalty of imprisonment and lost citizenship. Yankee fliers pretended to be Canadian when enlisting. 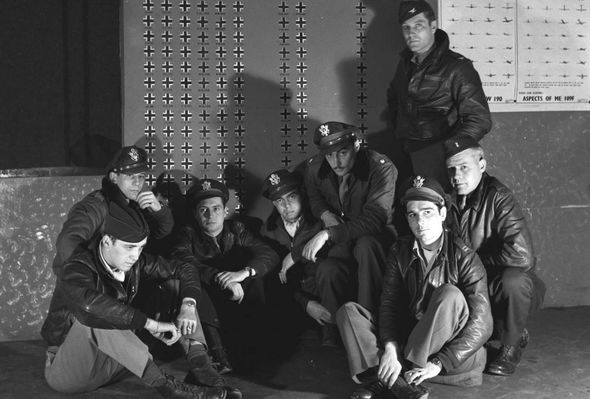 “Bullets were going by between my legs, and I remember seeing the bright flash of an incendiary bullet going past my leg and into the gas tank,” he recalled. Ablaze, he nursed his wounded craft safely down to an oat field, and, despite suffering burns to his face and hands, was back flying with 64 Squadron six weeks later.

Donahue found an unlikely poetry in the dog fights between the RAF and Luftwaffe squadrons.

“We seemed to be milling about like a swarm of great gnats in this giant eerie amphitheatre above the clouds,” he wrote.

“Sets of long white tracers criss-crossed the air and hung all about, like Christmas decorations.”

Donahue became the first American to lead an all-English RAF squadron, but in 1942 was shot down again over the English Channel. His body was never recovered. Death came too quickly for many of his Yankee comrades.

Vernon ‘Shorty’ Keough, aged 28, of Elizabeth, New Jersey, at only 4ft 10in, may have been the smallest man in the RAF, requiring two cushions on his seat just to peer out of the cockpit.

A former stunt pilot, he was one of America’s first ever professional skydivers, making more than 500 jumps before the war. He died crashing in the Channel in 1941.

Andy Mamedoff, aged 27, of Thompson, Connecticut, became the first American flier to take a war bride, but also died in a crash that same year.

Philip Leckrone, 28, from Salem, Illinois, flew more than 24 sorties over the English Channel with 616 Squadron. He died in a mid-air collision in 1941.

Hugh Reilley, of Detroit, Michigan, posted to 66 Squadron, was shot down and killed by the legendary German flying ace Werner Mölders.

Anglo-American Carl Davis, aged 29, who was credited with nine ‘kills,’ died in the Battle of Britain. 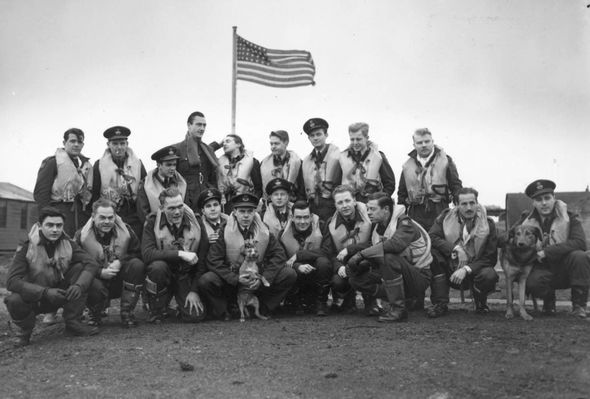 The second of the three American Eagle Squadrons to be formed in Britain (Image: Getty Images)

At the height of the German air raids on Britain, on September 15, 1940, Eugene “Red” Tobin, aged 23, a former guide at MGM studios in Hollywood, shot down a German Dornier bomber and Messerschmitt Bf 109, and badly damaged two more Bf 109s. Mamedoff and Keogh also claimed kills that day. Tobin was shot down in 1941.

But Germany paid a higher price, losing 1,977 aircraft and 2,585 pilots and crew. It proved to be the Third Reich’s first major defeat of the war.

Hitler had planned the Battle of Britain to destroy the RAF, paving the way for the Nazi invasion of England. But Luftwaffe losses were so

devastating that the invasion was postponed indefinitely. 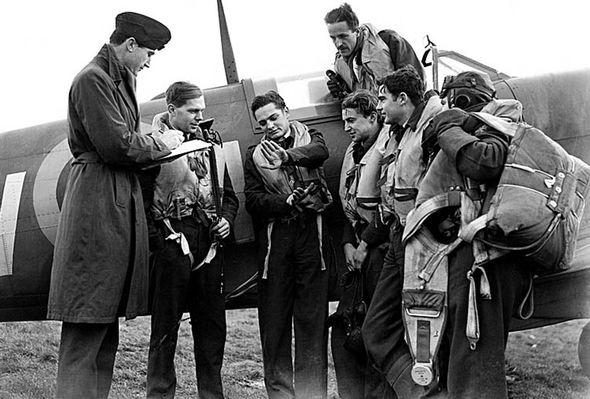 Only two Americans who flew in the Battle of Britain survived the war: John Havilland, aged 19, of 151 Squadron, and De Peyster Brown, aged 25, who tricked his way into the Royal Canadian Air Force by lying about his nationality, and fought in the conflict.

Havilland survived a mid-air collision in his Hurricane with another plane during the Battle of Britain, and flew Spitfires, Blenheim bombers and Mosquito dive-bombers through the war, winning the Distinguished Flying Cross in 1944.

He returned home after the armistice when the US announced that Americans who fought for Britain while it was banned would not be punished.

Havilland became a professor of aeronautics at the University of Virginia and he continued to fly almost until his death in 2002. 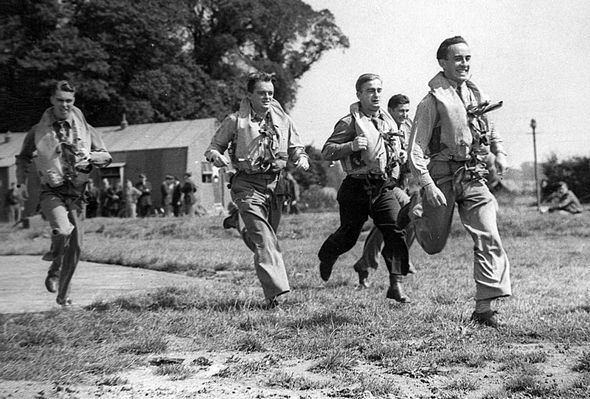 De Peyster Brown, of Santa Maria, California, survived to fly in the Berlin Airlift after WWII, and died in 1991.

Dozens more Americans joined the RAF after the Battle of Britain, forming all- American ‘Eagle’ Squadrons. And once America finally entered WWII in December 1941, more than 500,000 Yanks were based at some 200 US airfields across Britain. But the Americans were not alone in joining the Battle of Britain. Pilots from Poland, Canada, New Zealand and Czechoslovakia also fought and died in the conflict.

Billy Fiske is buried in a corner of the graveyard at Boxgrove, Sussex, where his headstone is engraved: “He died for England.”

At the dedication of Fiske’s plaque in St Paul’s, Air Minister Sir Archibald Sinclair said: “Here was a young man for whom life held so much. Under no kind of compulsion he came to fight for Britain. He came, and he fought, and he died.”

Arthur Donahue, shortly before he was shot from the sky by Nazi fighters, summed up his contribution with a humility his fellow Americans doubtless shared. “The most that can be said for myself,” he wrote, “is that I tried and tried hard, and fought hard.”